Over the past few weeks we have received numerous calls for speeding on main arteries as well as residential streets. The complaints are regarding cars, trucks, motorcycles, and ATV’s (which by the way are prohibited on Town streets).  We will be stepping up our patrols in the areas we keep hearing about. We would like to remind all residents and those driving through LaSalle to please stick to the speed limits; they are there for a reason. We don’t want to see any further accidents. So far during the month of May, we have had 8 motor vehicle collisions involving physical injury. Several of these incidents resulted in serious injury requiring hospitalization of those who were in the vehicle. Fortunately there has been no loss of life. There have been 11 collisions where the damage to the vehicles was over $2000 and about 8 collisions with damage value of less than $2000, and there have been 4 incidents where one of the parties involved in the collision has failed to remain at the scene of the collision and failed to report it as well. So far this month officers have issued 90 citations and 80 cautions under the Highway Traffic Act.
It seems that the care and attention that drivers were showing during the winter months has disappeared just as quickly as Spring has this year. We urge all drivers be diligent and show due care and attention when operating a vehicle. Your families, loved ones and pets want you all to return home safe and sound. 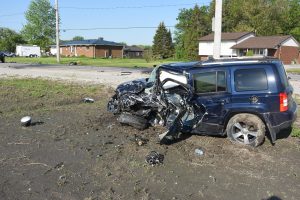 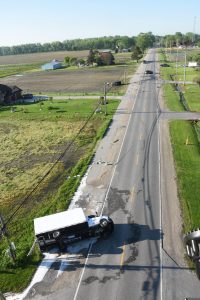