Fentanyl Information for Parents and Caregivers 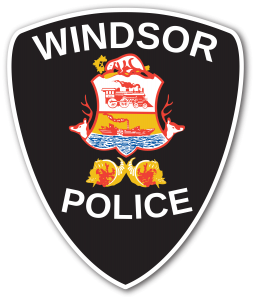 We need your help!

Many of you have probably heard about the rise in overdose deaths related to fentanyl throughout Ontario. A large number of people who have died were not even aware they were taking fentanyl – you can’t smell it, taste it or see it. These were not hardened drug addicts either. They were recreational drug users, youth, and business professionals.

We are starting to see an increase in fentanyl use and overdoses in our youth, and we are very concerned. Fentanyl can be 40 to 50 times more toxic than heroin. Many teens seem to feel invincible and believe terrible things only happen to other people, which can make it a challenge for them to hear the safety message we’re trying to share.

Fentanyl is a fast-acting synthetic opiate that’s estimated to be 100 times more potent than morphine. It has legitimate clinical uses for treating chronic pain but is extremely dangerous when consumed illicitly.

Other drugs such as heroin, cocaine, and methamphetamine are sometimes mixed with Fentanyl, either intentionally or unintentionally. You can’t see it, smell it or taste it, but if fentanyl is mixed with other drugs, it may be fatal.

Fentanyl comes as a white, beige, or brown powder or can be pressed to resemble prescription pills. Users dilute and heat fentanyl and then inject it (or they snort or smoke the drug).

Fentanyl can also come in the form of a prescription patch as seen below.

Fentanyl can slow breathing which may result in an overdose or death. Naloxone can reverse the effects; however, medical attention should be immediately sought.

We believe that parents and caregivers have an important influence in their children’s lives, and you can play a critical role in keeping your children safe.

What can you do?

Understandably, most teens want to make their own independent decisions. Let them know you are giving them the facts to help them make an informed choice about their safety and the safety of others. Thankfully, only a small number of our teens are at risk for overdose, but every parent who receives that kind of devastating news is surprised that it has happened to their child. Sometimes, despite our best efforts at parenting, teens give in to curiosity and peer pressure or may engage in risky behaviour.

By having a conversation with our kids, we decrease the risk that this may happen to them and we increase the chance they could prevent it from happening to a friend. Let’s work together to make sure everyone has the information and support needed to make healthy and safe choices.

Advise them to call 9-1-1 if they see these signs of overdose in any of their friends:

Friendships are a very important part of our kids’ lives. Encourage them to look out for their friends, share information about the dangers of fentanyl, and support their friends in making good decisions. 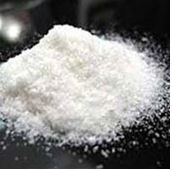 The following local treatment facilities are available for persons suffering from substance abuse:

The following resources can be viewed if you would like to receive further information regarding the use & effects of fentanyl:

Reducing Fentanyl Related Harms in the City of Windsor

Why are opioids a concern for youth?

How Can I Protect My Child from Fentanyl?

If you have information regarding persons involved in the illegal sale of fentanyl, we urge you to either contact your local police or Crime Stoppers 519-258-8477 www.catchcrooks.com