On April 3rd, just after 1:00 AM, LaSalle Police officers were called to the 300 block of Ramblewood Drive regarding some youths spray painting graffiti on a wooden privacy fence. This was the second incident of graffiti at that location, the first of which was reported on March 31st, 2021. The wooden fence, which is owned by the Town of LaSalle was erected a couple of weeks prior and leads from Ramblewood Drive to Ojibway Oaks Park.

Officers quickly arrived in the area and observed the damage to the fence which was sprayed with purple paint as well as a can of purple Valspar brand spray paint lying on the ground. They also located a bicycle lying on the ground nearby that may have been left behind by one of the culprits. The bicycle is described as a grey Supercycle mountain bike with orange writing on it. The LaSalle Police Service would like to speak to the owner of this bicycle.

Anyone with information, or if you recognize this bike or know its owner, is asked to contact the LaSalle Police Service at 519-969-5210 Constable Chris Williams or can contact Crime Stoppers anonymously at 519-258-8477 (TIPS) or online at Windsor Essex County Crime Stoppers. 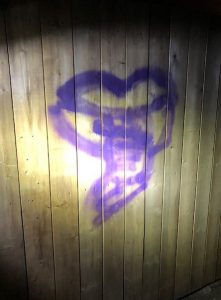 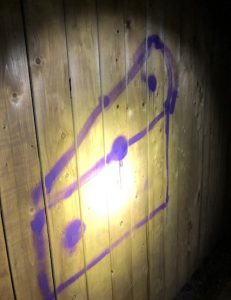 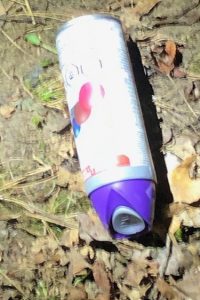 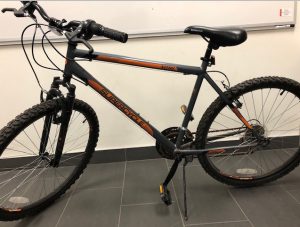