History of the LaSalle Police Service 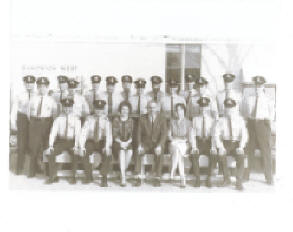 On January 1st, 1959 after 35 years as a separate corporation, the town of LaSalle Police amalgamated with the Township of Sandwich West. The Police Service at that time consisted of one Chief of Police, and two full time Constables as well as two part time Constables.

Two officers resigned, and one full time Constable and two part time Constables became members of the Sandwich West Township Police. The Township of Sandwich West town hall (which housed the Police station) consisted of one small room for the Police and a small holding cell. The town hall was later sold and went on, to became a bank. This building still stands today, at the corner of Laurier Drive and Front Road and is presently an apartment building.

The Township of Sandwich East Police, Town of Riverside Police, and Town of Ojibway Police also ceased to exist and amalgamated services with the City of Windsor Police. 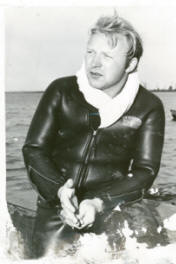 August 23rd, 1969 Constable Robert Carrick of the Township of Sandwich West Police Force was fatally shot while on duty. Constable Carrick was responding to a Domestic Assault at a residence in the Township. Constable Carrick was able to get the suspect’s wife and child to safety behind his police cruiser, before being shot fatally by the suspect. Constable Robert Ross of the Sandwich West Police as well as Constable Alfred Oakley of the Windsor Police were both shot in the ensuing gun battle. Constable Alfred Oakley received several gunshot wounds and Constable Ross also was shot several times and lost an eye in the shooting. Both officers would eventually recover from their wounds. Constable Carrick, (twenty three years old), was laid to rest three days later with full Police Honors. The suspect in these shootings (who gave himself up to other attending officers), was convicted of 1st Degree Murder and attempted murder and was sentenced to Capitol punishment. This punishment was later commuted to life imprisonment when capitol punishment was abolished. The suspect was later released within ten years of the murder on full parole.

The Town of LaSalle consists of approximately thirty five square miles. The town is bordered on the north by the City of Windsor on the east by the Town of Tecumseh on west by the Detroit River, and on south by the Town of Amherstburg.