LaSalle Police Service Investigating Theft of a Boat and Trailer

The LaSalle Police Service is investigating the theft of a boat and trailer that were stolen from a business in the 2400 block of Front Road.  The boat was situated on the trailer with a tongue lock secured and had been parked in the businesses parking lot.  Investigation into the matter revealed that the vessel was stolen during the early morning hours on Saturday, September 5th, however the theft was not discovered until September 8th and reported to police.

Photo of actual vessel and trailer. 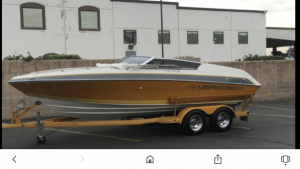