The LaSalle Police Service is seeking the assistance of the public in identifying a male concerning a theft.

On Monday, March 8th, 2021, just after 8:00 AM, a yet-to-be-identified male entered Shoppers Drug Mart located at 6020 Malden Road in LaSalle. The male went directly to the fragrances aisle and was observed, on video surveillance, placing several bottles of fragrances inside the front of his jacket before quickly leaving the store without paying for any items. The alarm activated as the male exited the store after which he took off running northbound toward Normandy Street. The total value of the items stolen was approximately $2500,00.

At the time of the occurrence, the suspect was wearing a black zip-up sweatshirt with white stitching along the length of the zipper, black jogging pants with a logo on the left upper leg, black sneakers with a white stripe along the side, and a black face mask. He had short dark hair and short dark facial hair that can be seen beneath the mask and appeared to be approximately 5’9″ tall.
Anyone with information is asked to contact the LaSalle Police Service at 519-969-5210 or can contact Crime Stoppers anonymously at 519-258-8477 (TIPS) or on-line at Windsor Essex County Crime Stoppers. 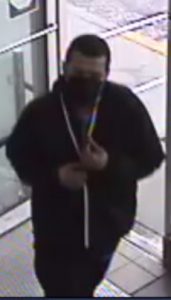 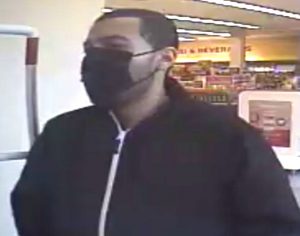 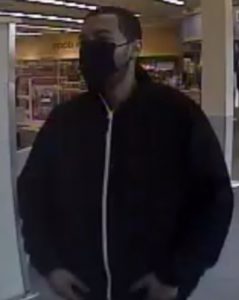