July 28, 2020 | by Terry Seguin
Have you ever wondered what it would be like to save a life? What if we told you that you could potentially do just that with this one simple step?
LaSalle Police Service Urging Drivers to Slow Down.
The LaSalle Police Service is sending a message to drivers to slow down. LaSalle Police Officers continuously patrol our community on the lookout for everything from criminal to traffic offences in an effort to provide a safe and enjoyable place to live, work and visit.
An ongoing effort to address traffic concerns has seen the LaSalle Police Service issue 24 Part III Summonses for performing a stunt while operating a motor vehicle since the beginning of the year, among other traffic offences. 23 of those summonses were issued for exceeding the speed limit by 50 km/h or more and one of the summonses was for driving with a passenger in the trunk of the vehicle. This vehicle was also stopped for speeding 31 km/h over the speed limit.
The highest speed recorded during this time frame was 153 km/h in a posted 80 km/h zone which equates to 73 km/h over the speed limit.
Just last week alone, there were three drivers summonsed for this offence.
Some may inquire how speeding alone would be considered a stunt. Section 172(1) of the Highway Traffic Act addresses of number of situations that would be defined as a stunt and includes exceeding the posted speed limit by 50km/h or more.
Anyone charged with performing a stunt under Section 172(1) of the Highway Traffic Act will receive a Part III Summons and will be required to attend court to answer to the charge.
Every person who contravenes subsection (1) is guilty of an offence and on conviction is liable to a fine of not less than $2,000 and not more than $10,000 or to imprisonment for a term of not more than six months, or to both, and in addition his or her driver’s licence may be suspended,
(a) on a first conviction under this section, for not more than two years; or
(b) on a subsequent conviction under this section, for not more than 10 years.
Additionally the driver’s licence will be immediately suspended for a period of seven days. The driver must then pay a reinstatement fee of $281.00 to the Ministry of Transportation.
The involved vehicle will be towed and impounded for a period of seven days at the owner’s expense and this doesn’t include any potential increases to your insurance premiums which are likely to increase exponentially if you are convicted.
Speeding and aggressive driving can have serious consequences for us all and life can change in the blink of an eye. Every kilometer per hour that you travel faster than the posted speed limit increases your stopping distances, decreases your vehicles maneuverability and statistically increases the mortality rate during a collision.
Don’t overestimate your ability to operate your vehicle at high speeds. Slow down, it may save a life. 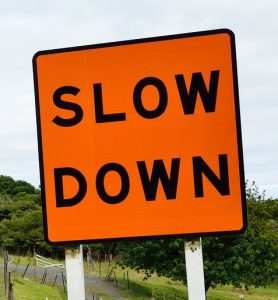 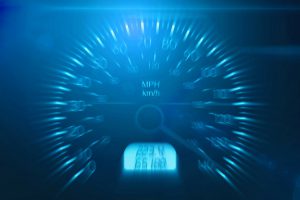